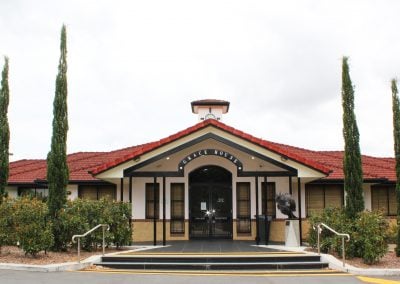 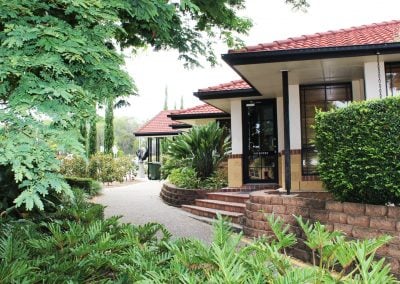 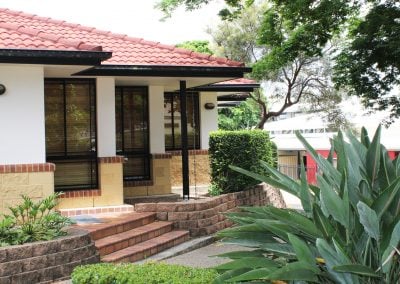 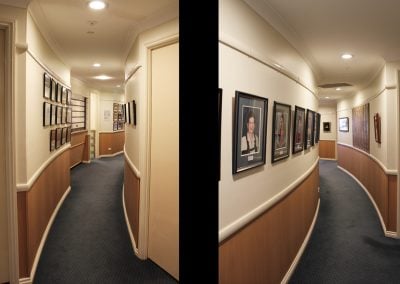 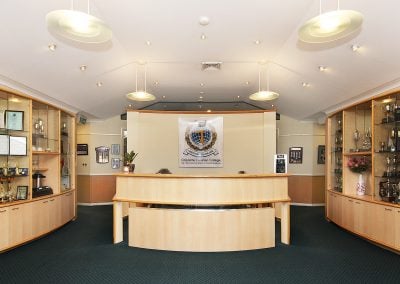 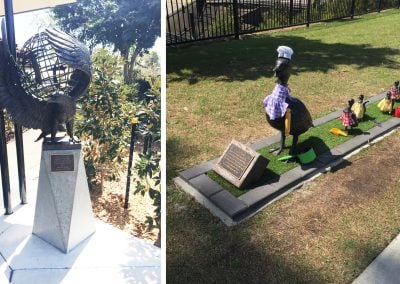 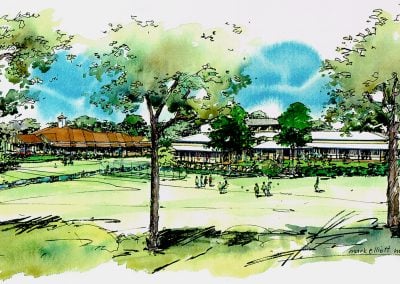 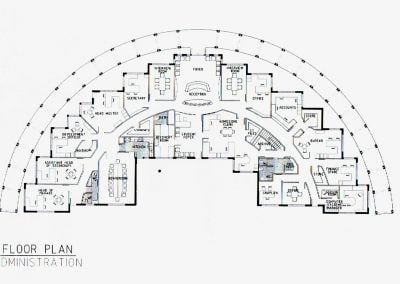 BRIEF:  The initial 2 buildings, constructed in 1985 consisted of 2 buildings.  A block, a single storey building included classrooms and student amenities.  B Block was a 2 storey building with 10 classrooms. The school administration staff, principal and senior executives occupied 2 classrooms on the ground floor of B block in the short term. Additional classroom buildings were added before any consideration of a specific space for the executives was considered. The Principal’s brief in 1996  required a location for ease of access for students and parents. The building needed to act as a buffer between the public entrance and the student zones for classrooms and playgrounds. The classroom buildings were designed around cost efficiency and functional in nature only. The design of the administration building should imply the nature of the executive function within, the notion that it was built first not last and a material and colour contrast to the existing classroom buildings.